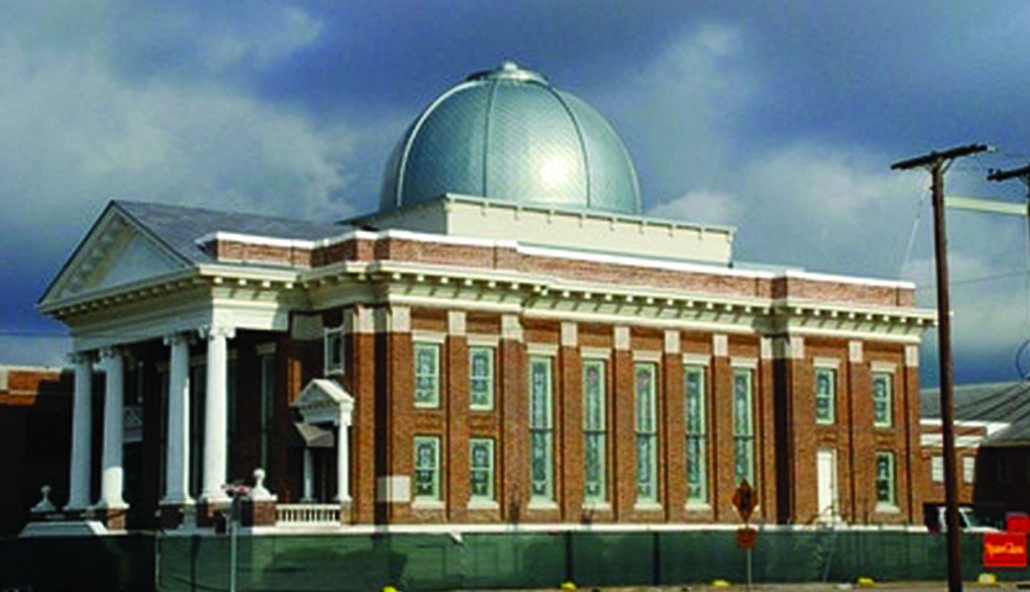 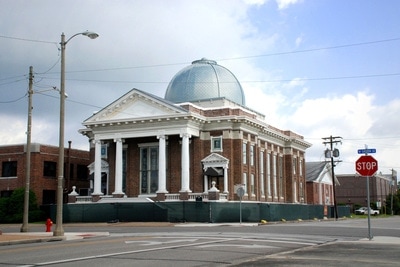 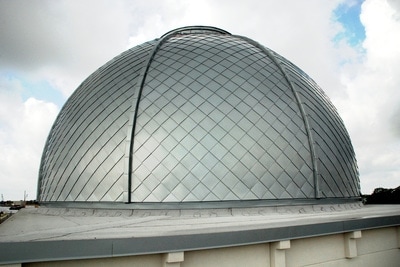 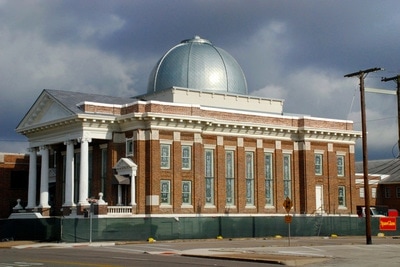 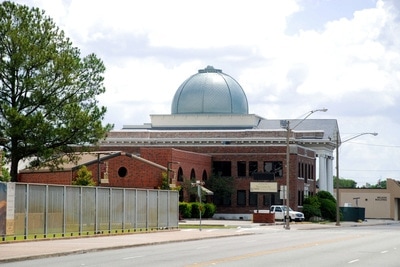 An old church dome in Orange, Texas returned to its former glory and got new life as The Center of Stark Cultural Venues, thanks in part to MetalTech-USA, a premier distributor and specialty fabricator of eco-friendly architectural metals.

Nelda C. and H.J. Lutcher Stark Foundation, a private operating foundation to encourage and assist education and to improve and enrich the quality of life in Southeast Texas, purchased the old church to be the central location of all Stark Cultural Venues, in May 2013.

The historic dome became an Orange landmark when erected in 1914 as the worship center for First Baptist Church, originally constructed as a brick building with a 35-foot dome comprised of wooden shingles. Over the past 100 years, the dome underwent several renovations to prevent corrosion and aid in waterproofing but these efforts did not permanently address the issues.

“In the 1960’s the dome was clad with metal,” said Gus Harris, Chief Properties Officer of Stark Foundation. “This served the church well but eventually began to leak, primarily due to inappropriate flashing and caulking near the bottom.”

The aluminum clad dome suffered major damage to the exterior over time from several severe storms and hurricanes including Hurricane Rita in2005 and Ike in2008, thus, causing it to leak and creating water damage to the interior. The plans to renovate were to render the structure watertight as well as changing the existing appearance of the dome to resemble the original 1914 design.