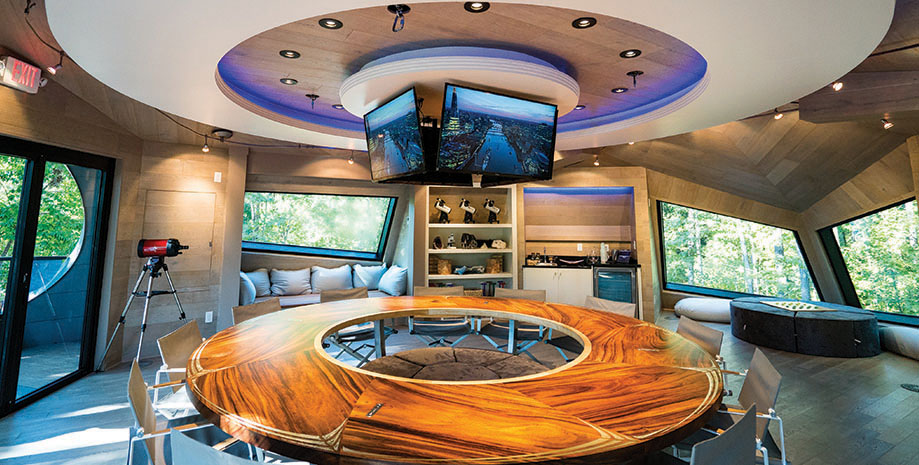 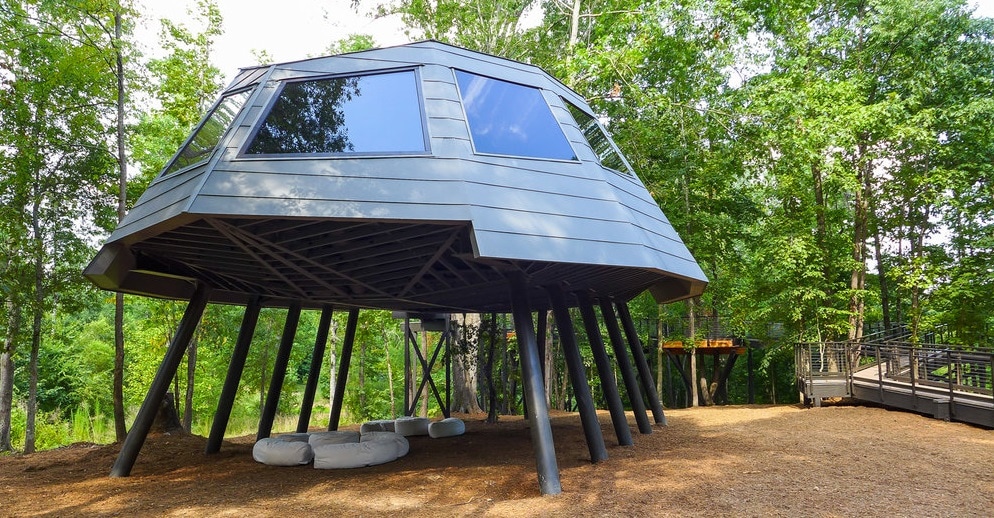 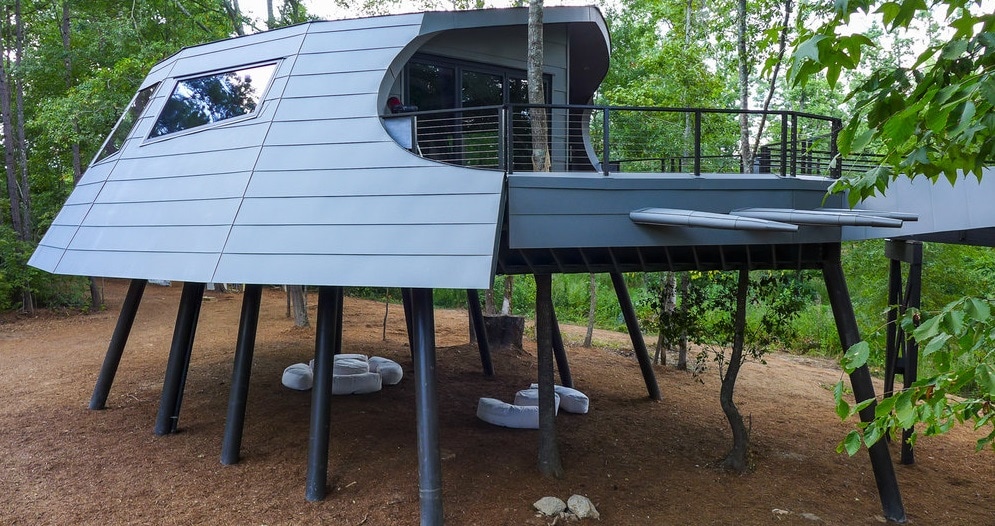 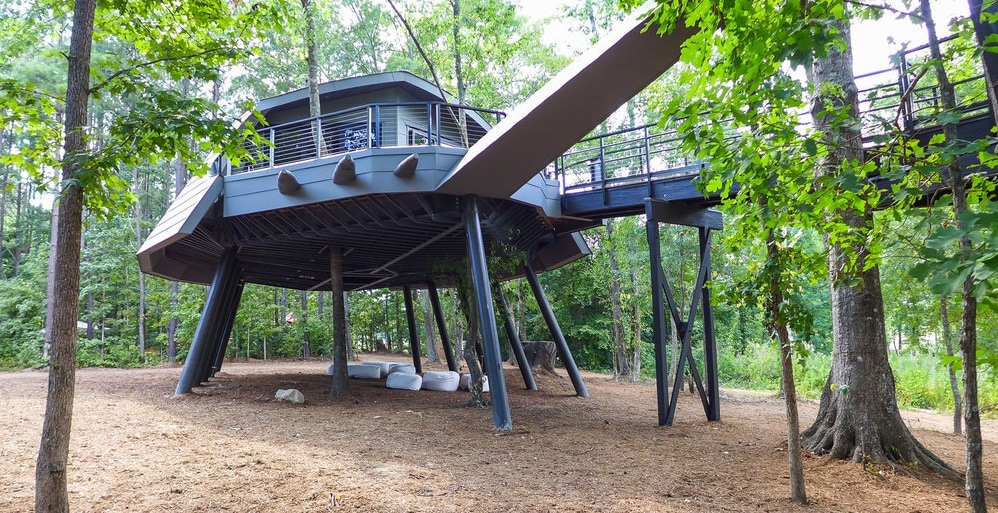 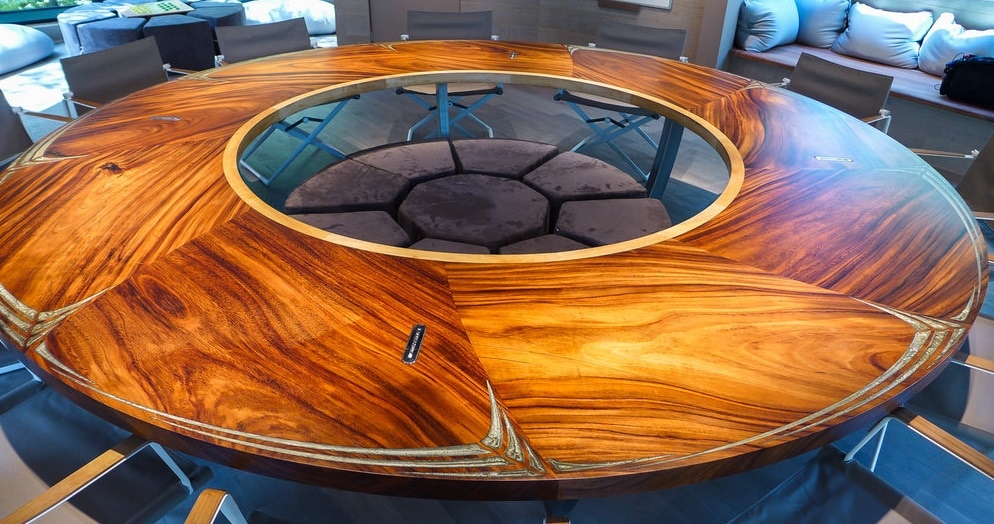 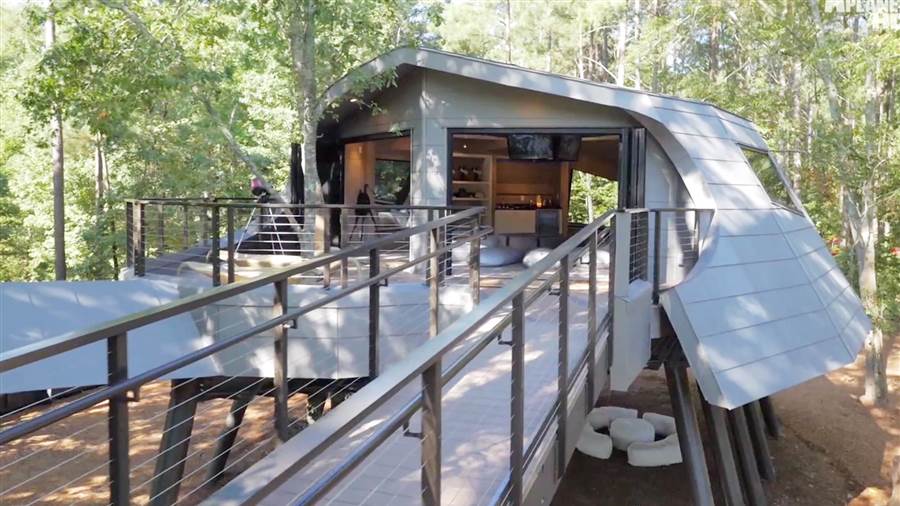 Grammy Award-winning artist Zac Brown longed of building a treehouse for campers at his passion project – Camp Southern Ground in Fayetteville, Georgia. The camp’s mission is to serve children of all abilities with a special emphasis on those with neurodevelopmental disorders as well as social or emotional challenges.

Since Zac Brown specifically stated that he wants the treehouse outlast his years, elZinc Slate was used. Zinc is a “living” material. When exposed to the elements, zinc naturally develops a thin protective layer referred to as patina. The patina creates resistance to the weathering and corrosion process that many other metals experience. Its life span typically exceeds 100 years and some experts estimate an expected life span of 200+ years.

When sheathed in elZinc metal, the treehouse looks like a futuristic crustacean, hence its name “Space Crab”. The outside was designed to resemble a horseshoe crab while the inside offers a “Knights of the Round Table” feel, complete with a 1,500-pound, hand-crafted table made from parota wood that electronically lowers right out of the ceiling.

Zac perfectly articulated the entire emphasis of the project, saying: “It makes you feel like you’re not anywhere else that you’ve been before, which makes you believe that you can be something that you’ve never been before.”
​
We could not agree more. This project will continue to serve as an incredible addition to the life-changing Camp Southern Ground for years to come.